John Cleese is ''delighted'' to have ''no obligation'' to carry on with 'Monty Python' following the death of Terry Jones earlier this year.

John Cleese is ''delighted'' to have ''no obligation'' to carry on with 'Monty Python' following the death of Terry Jones.

The 80-year-old comic reunited with Terry - who did in January aged 77 - Michael Palin, Eric Idle and Terry Gilliam for a reunion tour in 2014, but insisted he won't be doing so again and he's ''delighted'' not to have to look back.

Speaking in an online chat with fans and reflecting on the deaths of Terry and Graham Chapman, who passed away in 1989, he said: ''With Terry and Graham gone I feel delighted to say I feel no obligation at all to carry on with the Python legacy. As they say... 'It was what it was'.''

However, John does have various projects in the pipeline that will ensure the work of the comedy troupe lives on in other ways.

He explained: ''I am working to turn Life of Brian into a stage show. I am working with my daughter to turn A Fish Called Wanda into a musical and I have an idea for a movie which is a light comedy about cannibalism... it's called Yummy.''

John quit Monty Python after their 1983 movie 'Meaning of Life' and he admitted he did so because there was a lot in the film that he ''didn't like''.

He said: ''I think we made an extraordinary film with 'Life of Brian' and I think 'Holy Grail', the first 45 minutes is really good.

''There's also some great stuff in 'Meaning of Life' but also quite a lot of stuff I didn't like... which is kind of why I left Python at that point.''

Elsewhere in the chat, the 'Fish Called Wanda' star admitted he believes in the afterlife.

He said: ''I believe there is an afterlife...The second thing is to realise that very, very few people have any idea what they are talking about.'' 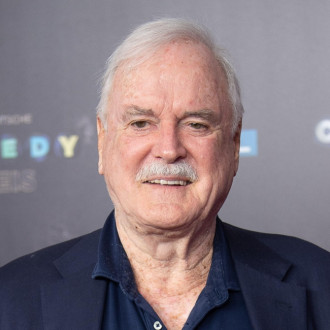