Cleese alleges that 'Faulty Towers The Dining Experience', run by Interactive Theatre International, has been profiting from the TV sitcom without his permission.

John Cleese is reportedly considering taking legal action against an Australian theatre company for what he believes is a “brazen, utterly shameless rip-off” of his legendary ‘70s sitcom ‘Fawlty Towers’.

‘Faulty Towers the Dining Experience’, operated by Interactive Theatre International since 1997, has been hosted in London, most Australian cities and other locations around the world. It offers a three-course meal and two hour interactive theatrical show, in which many of the calamitous scenes from the sitcom are played out.

According to the Sydney Morning Herald, Cleese has known about the production for nearly a year but was only recently informed about the show’s massive financial success. The paper says that he claims that the people behind the production have not sought permission from either himself or co-creator Connie Booth. 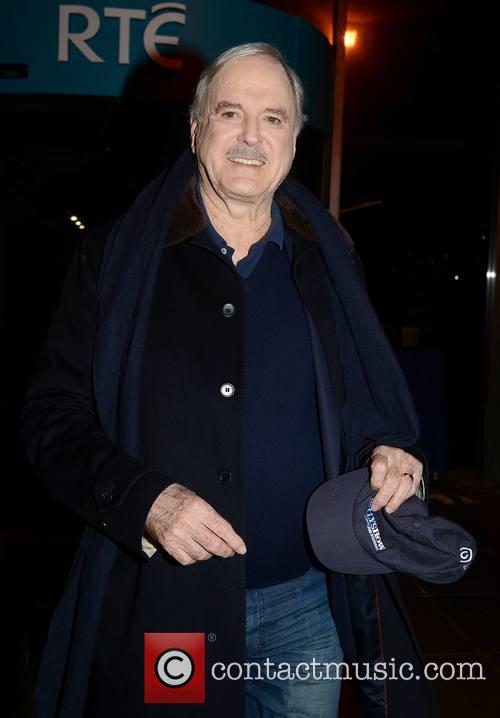 “I had absolutely no idea this was going on until about a year ago,” Cleese said from New Zealand on Wednesday (March 23rd). “I think people will find that very hard to believe, but if people don't tell you, how do you know?”

Having run their show for the best part of two decades, Cleese believes that ITI could owe him and Booth a “very significant amount”.

More: Hotel in Torquay that inspired ‘Fawlty Towers’ is demolished

ITI bills the dining experience as an “internationally acclaimed… loving tribute to the BBC’s best-loved sitcom”. The “loving tribute” line is emphasised in a disclaimer, which clarifies Cleese and Booth’s roles as the writers of the series and adds: “Their original TV scripts are not used in ‘Faulty Towers the Dining Experience’.”

One week until we return to Sydney Opera House and we are completely sold out! Hopefully we'll be back soon :) http://torquaysuitetheatre.com/tickets_aus.html

Posted by Faulty Towers The Dining Experience on Thursday, 10 March 2016

“These people are completely brazen, utterly shameless,” Cleese continued in the original report, clearly unconvinced with the argument and worried about the need to protect investors in his upcoming stage show 'Fawlty Towers Live', due to make its world premiere in August in Sydney, ironically.

I've just found out from an Aussie journalist the astonishing financial success of the 'Faulty Towers Rip-Off Dining Experience'.Had no idea

Continuing his tirade on Twitter, the 76 year old English comedian fumed: “Seems they thought that by not asking, and by changing the ‘w’ to a u’, they’d be in the clear! Hilarious.”

“I never heard anything was wrong with the show,” he responded to another user who defended the show to him. “After all, they start with a lot of advantages: the basic concept… 40 years of unpaid publicity, the characters’ personalities, the characters’ names, the characters’ stress, the characters’ dialogue… twelve funny episodes to which they make reference, plus all the catch-phrases, without the need to pay Connie Booth and me a single cent.”