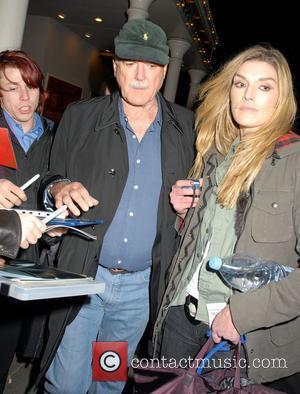 Veteran funnyman John Cleese turned down a $300,000 (£200,000) offer to appear on a British reality show - because he didn't want to be involved in such "bad" TV.
The Monty Python star hints he was approached to appear on jungle survival series I'm A Celebrity... Get Me Out Of Here!, but snubbed the invitation despite the hefty pay cheque.
He tells the Sunday Mercury, "I was asked to do a reality show a few months ago. I forget which, it might have been the jungle one or perhaps Celebrity Root Canal!
"I just laughed, then asked how much they were offering out of curiosity. It was £200,000 but I would never agree to one of those shows. That would mean the collapse of western civilisation."
And Cleese is not a fan of any modern shows, insisting he'd rather read a book than watch TV.
He adds, "When I was growing up, we had the best television in the world. Now it's as bad as it is everywhere else, and I don't particularly want to participate in that. I don't really watch TV these days, except live sport. There's nothing much that appeals to me. I would rather read a book."