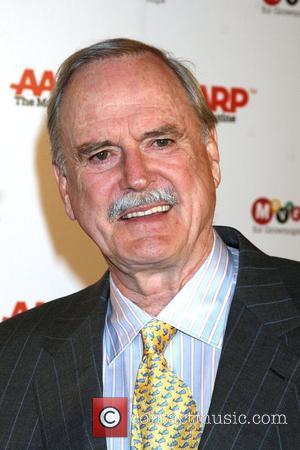 British funnyman John Cleese has offended the residents of a New Zealand city, after describing Palmerston North as a "suicide capital". The A FISH CALLED WANDA star travelled around the Antipodean nation for his MY LIFE, TIMES AND CURRENT MEDICAL PROBLEMS tour, last year (05). In his online diary, Cleese was brutally honest about his experiences in Palmerston North, saying, "If you wish to kill yourself but lack the courage to, I think a visit to Palmerston North will do the trick. "We stayed in a little motel, the weather was grotty, the theatre was a nasty shape and the audience was very strange to play to. "We had a thoroughly, bloody miserable time there and we were so happy to get out." The mayor of Palmerston North, HEATHER TANGUAY, fumes, "Obviously he still has trouble with his medical problems and may need some more medication." Tourism official JULIA SANSON says, "We are just sorry that John didn't have more time in Palmerston North and the Manawatu region to form a qualified opinion. I think we all know not to take him too seriously."