The former champ will host the new series which is titled ‘American Grit’.

Network Fox has announced a new military-inspired reality series, hosted by WWE superstar John Cena. Titled 'American Grit', it will follow ’16 of the country's toughest men and women as they're split into four teams and work together to face a variety of military-grade and survival-themed challenges’, according to The Hollywood Reporter. 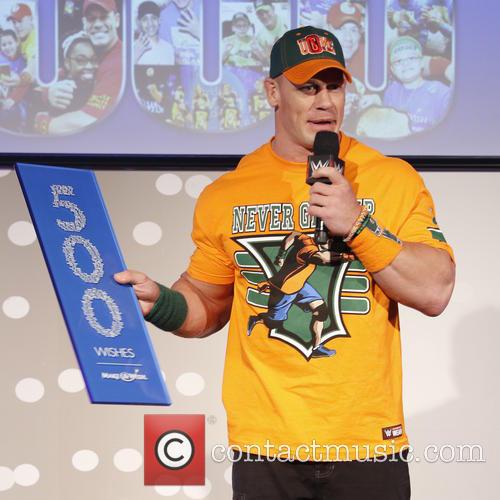 The pro-wrester will lead an elite group of mentors from the top branches of the U.S. Air Forces who will aid the contestants and push these recruits to the brink. The group of mentors will be known as "The Cadre," and includes Act of Valor actor and U.S. Navy Seals trainer Rorke Denver, Purple Heart recipient Noah Galloway, U.S. Marines sergeant Tawanda "Tee" Hanible and U.S. Army sniper and best-selling author of The Reaper, Nick Irving.

More: Ouch! John Cena Gets His Revenge On John Stewart With An AA On 'Monday Night Raw'

Much like the the military motto of "no man left behind," only the first team to finish the challenge together will be safe from elimination. At the end of each episode the remaining team will have to face "The Circus," an endurance-based obstacle course.

For the winner there’s up to a million dollars of prize money is at stake on the series, as their strength, teamwork and human spirit are put to the test. Fox has so far ordered ten episodes of the series, which will premiere sometime in 2016.

"The U.S Military is the epitome of resolve and dedication, which is why I am so excited to be a part of 'American Grit'," said Cena in a statement. "This show will not only be a challenging and fierce competition, but it will give viewers a glimpse into the perseverance and training of the men and women of the Armed Forces.”

“‘American Grit' is a bold, aspirational competition series that aligns with the spirit of the FOX unscripted brand,” Fox entertainment president David Madden added. “The team at Leftfield and the incredible John Cena have created a series built on the pillars of determination, dedication and strength that we know will resonate with our audience. John is not only a phenomenal athlete but a motivational force, who inspires fans around the world, and we are thrilled he is leading the charge."