John Cena is in negotiations to feature in the action-comedy film 'Freelance'.

John Cena is in talks to star in 'Freelance'.

The 44-year-old actor is set to join the cast of the action-comedy that will be helmed by 'Taken' director Pierre Morel.

The movie follows a special forces operator (Cena) who decides to retire from the Army and start a family back home in the US.

After several years in retirement, he decides to take a job providing security for a female journalist as she interviews a cruel dictator who may have been responsible for an attack on him and his men.

When a military coup breaks out during the interview, the trio are forced to escape to the jungle where they must survive the elements, the military and each other.

Filming is due to start early next year in Colombia and additional casting is currently in progress.

The film will be written by Jacob Lentz and Endurance Media's Steve Richards is to produce the flick alongside Sentient Entertainment's Renee Tab and Christopher Tuffin.

'Freelance' is likely to be one of the most in-demand action movies at the upcoming virtual American Film Market, which will begin on November 1.

John recently played the role of Peacemaker in the DC Extended Universe (DCEU) film 'The Suicide Squad' and hailed the director James Gunn for bringing a fresh perspective to the genre with the blockbuster, which sees a gang of villains become unlikely heroes.

The WWE star said: "I think it's a brave move by James to want to pivot the superhero movie in a different direction that redefines who we root for.

"There's no denying that the superhero movie has had a great run of success and it's very difficult to stray away from that formula. It takes a brave individual whose sick and twisted mind will throw a group of flawed individuals together." 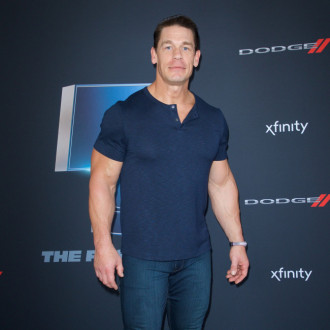