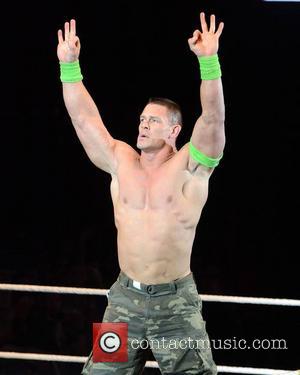 The 12 Rounds fighter, who made his rap debut with 2005 album You Can't See Me, has returned to the studio with Khalifa for the songs All Day and Breaks, which will feature on the first-ever soundtrack for Wwe 2K15.

Cena tells Billboard.com, "It was very cool to work with Wiz Khalifa and combine my East Coast style of flow and his laid back West Coast vibe. Wiz and I are both are so dedicated to our craft that we never stop hustling to give our fans more, that is what the song (All Day) is about."

Other artists featured on the Wwe 2K15 soundtrack include B.o.B., Rudimental and Flo Rida.