'Star Wars: The Force Awakens' actor John Boyega went to a 'Star Wars' convention disguised as a Stormtrooper so he could walk around undetected. 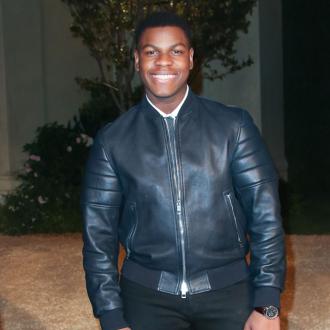 John Boyega went to a 'Star Wars' convention disguised as a Stormtrooper.

The 23-year-old actor - who will portray lead character Finn in 'Star Wars: The Force Awakens' - was advised by security not to try and mingle with fans at the event, but came up with a way of going undetected.

He explained: ''We went to California to do a 'Star Wars' celebration and I decided I wanted to go to the floor where they sell merchandise.

''Thousands of fans were there and security told me, 'You can't go to the floor, you're in 'Star Wars'.' So I go, 'OK, give me a Stormtrooper helmet and I'm gonna go out.' So they gave me a helmet and no one noticed.''

However, John adopts a more low-key approach to going around undetected in his native Peckham, south London.

He said: ''If you're in a 'Star Wars' movie and still want to go round Peckham, get yourself a Vauxhall Corsa - no one notices you.

''Don't carry a lightsaber, don't squint your eyes or do the handsome face. But think about it like this - you've got a Peckham native in 'Star Wars'.''

While the film hasn't come out yet, John is already receiving fan mail from fans of the franchise, though he finds answering the letters can be a chore.

He told heat magazine: ''I'm getting some fan mail already and they're so sweet.

''I do sign them. I mean, my dad has to force me a bit because it's so much paper but I really appreciate it.''