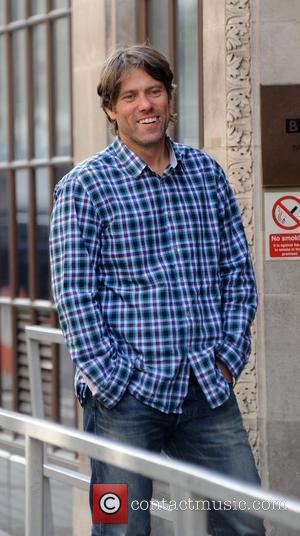 John Bishop 's Sport Relief fundraiser documentary, which aired on Bbc1 on Thursday evening (March 22, 2012) won the ratings battle over Itv1's romantic drama Love Life and pulled in 5 million viewers. The show chronicled the comedian's heroic fundraising efforts, which involved him cycling, rowing and running from Paris to London in the space of five days, reports the UK's Guardian newspaper.
Love Life averaged an underwhelming 3.5 million viewers and took just 15.3 per cent of the audience share while Bishop pulled in 5.2 million viewers and a 22.5 per cent share.The sizeable audience watched on as the Liverpool comedian struggled to overcome the difficulties of the task he had set himself, and his body was almost unable to cope with the rigorous demands. Writing in the UK's Metro newspaper, Bishop described the moment when he jogged into London's Trafalgar Square on the fifth and final day, saying, "My body was in bits. I had shin splints that were causing me agony and my Achilles' were so sore Trafalgar Square may as well have been Red Square. At that point, it looked like I might have fractured my leg and the pain was so bad that every step was a struggle".
After a week of Sport Relief fundraisers, Gary Linekar, Davina Mccall, Dermot O Leary, Claudia Winkleman, Fearne Cotton and Patrick Kielty present a live television show on Friday (March 23, 2012), featuring comedy sketches and celebrity appearances.