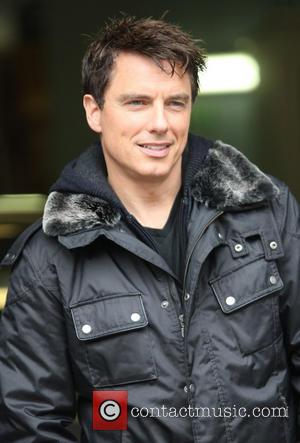 Gay actor John Barrowman has opened up about his surprise wedding earlier this month (02Jul13), revealing he and his partner only decided to marry on the morning of their ceremony after an argument about proposing.

The Torchwood star and his longterm partner Scott Gill wanted to make their union official in the U.S. after lawmakers at the country's Supreme Court struck down the Defense of Marriage Act and overturned California's Proposition 8 last month (Jun13), but the pair could not decide who would pop the question.

Barrowman reveals they both agreed the time was right to wed, and headed to a registrars' office in Indio, California in casual attire to marry later that day.

Speaking on British morning show Daybreak, the actor says, "We got up in the morning, about a week after the whole thing had passed (at the Supreme Court), and we had an argument in the morning and Scott said, 'When are you going to propose to me?' I said, 'Wait a minute, why is it always me, when are you going to propose to me?' and we had this row and then I just finally said, 'Look, let's just go do it, let's get it over and done with'.

"So in shorts, T-shirts and flip-flops, we headed down to the registrars' office in Indio, just outside of Palm Springs, and we thought we'd just get the paperwork done and we'd have to do the service or the ceremony later but they said no, we can do it that very day."

Barrowman and Gill also acted as witnesses for another gay couple on their wedding day, and the service brought the pair to tears.

The star adds, "We were the youngest, all the other couples, women and men, were in their 80s and 70s and one couple... the guy was 82, the same age as my dad. My parents have been married for over 50 years. This couple had been together for over 40 years and they said, 'Would you witness this for us?' He said, 'I never thought I'd be alive to get married to the one that I love'. When they were getting married, Scott and I were just bubbling (crying), they were bubbling. I started crying when Scott and I got married, I did."

Barrowman and his partner previously exchanged vows in a civil ceremony in the U.K. in 2006.