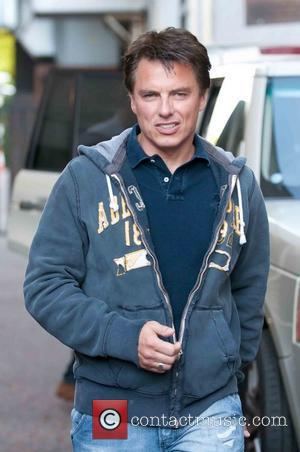 Doctor Who star John Barrowman has been hailed a hero after he bravely tackled a teenage thief at a hotel.
The actor/singer was in Glasgow, Scotland for a concert and was relaxing in his room on Thursday morning (24Nov11) when he heard a woman scream for help.
He dashed out into the hallway and saw a burglar fleeing the building - so he pounced on the crook and pinned him down until police arrived.
Barrowman tells Scotland's Daily Record, "The concierge was trying to sort my air conditioning. We heard this woman scream and shout, 'Stop him, stop him.' We saw this young boy running down the hallway.
"I told the concierge to chase him and called the hotel operator and told them to block the staircase so we could get him. The lad had tried to get away through the staff elevator and punched the concierge.
"I grabbed the kid's ankles, yanked him to the ground and then pulled him out into the hallway. I pinned him down. My tour manager then arrived and the three of us held him down until the police came."