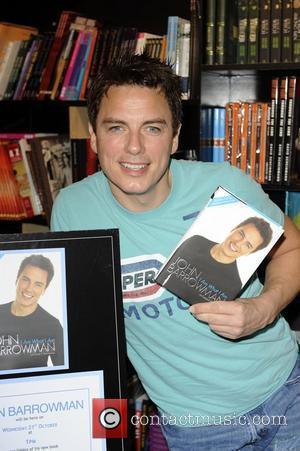 Actor John Barrowman considered adopting an child orphaned by the Haiti earthquake - but feared he would be lambasted for following in the footsteps of Angelina Jolie and Madonna.
The gay star was so upset when he saw footage of children who had been left parent-less following the disaster in January (10), he discussed adopting a young Haitian with his partner Scott.
But after much consideration, Barrowman abandoned his adoption plans over fears he would be criticised by the media for jumping on the foreign adoption "bandwagon".
He tells The Sunday Telegraph, "With all the kids who've been orphaned out there (Haiti), I said to Scott, we could really help. Then I thought to myself, if I did that, the press would jump on it. That I'm on a bandwagon, and I'd be an Angelina and a Brad, or I'm doing what Madonna did. But if you're going to adopt a child, you should look at adopting in your own country first, because there are a lot of children within the U.K. who need to be adopted. So if that was ever to happen, I would want to adopt from the U.K. and if there were still children who needed a home, say, in Haiti, then we'd do that. We can offer a child a loving home and a great opportunity they would never have had."
Jolie has adopted three children from abroad; Maddox from Cambodia, Pax from Vietnam and Ethiopian-born Zahara, while Madonna adopted David and Mercy, both from Malawi.