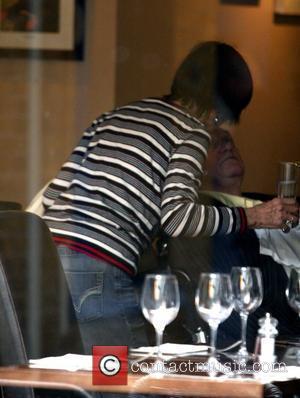 The former EastEnders star passed away on Friday (12Sep14) following a period of ill heath.

Bbc bosses announced the news, writing, "Everyone at EastEnders is absolutely heartbroken to learn that John has sadly passed away. His bravery, dignity and courage in battling against the devastating effects of his stroke were admired by all who had the privilege of working with him.

"Loved by us all, John was an exceptionally talented actor whose humour, mischievousness and brilliant performances made Jim Branning one of Walford's most loveable, memorable characters and we will miss John forever."

Bardon was best known for playing Jim Branning on the hit U.K. soap between 1996 and 2011 before being written out due to ill health. During his 41-year career, he racked up more than 80 credits for roles in hit U.K. Tv shows including Coronation Street, Only Fools and Horses, The Sweeney, Dad's Army, and Poirot. He also enjoyed movie roles in Disney's 1975 family film One of Our Dinosaurs Is Missing and John Cleese's 1986 comedy Clockwise.

In 1988, Bardon won the Laurence Olivier Award for Best Actor in a Musical for his role in Kiss Me, Kate.

Friday's episode of EastEnders will feature a dedication to Bardon.

June Brown, who played his on-screen wife Dot in the soap opera, says, "I am so sorry that John has passed away but hope that he is now at peace after seven difficult years. I shall miss him very much as I loved him dearly. My thoughts are with his devoted wife, Enda."