The country music world is in morning after the Joey and Ryan singer lost her battle with cervical cancer on Friday.

Tributes have poured in from the country music world and beyond for Joey + Rory singer Joey Feek, who passed away on Friday from cervical cancer at the age of 40. Feek’s passing was announced by her husband and musical partner Rory Feek, who had been keeping fans updated on his wife’s condition on his blog over the past few months. 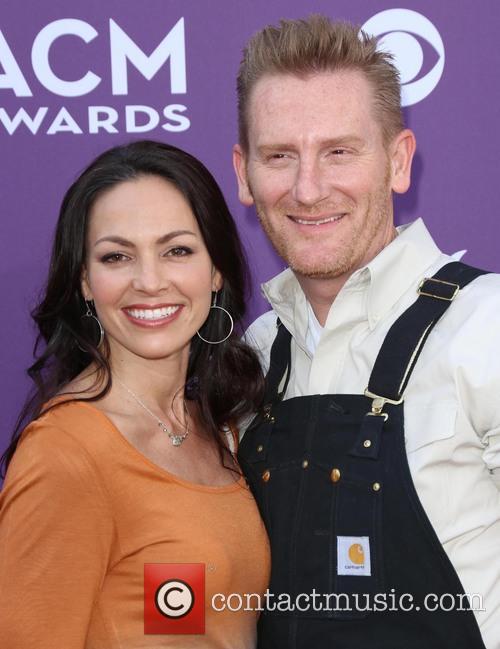 In a blog post titled ‘A Dream Come True’, Rory Feek wrote: “My wife’s greatest dream came true today. She is in Heaven. The cancer is gone, the pain has ceased and all her tears are dry. Joey is in the arms of her beloved brother Justin and using her pretty voice to sing for her savior.”

“At 2:30 this afternoon, as we were gathered around her, holding hands and praying.. my precious bride breathed her last.  And a moment later took her first breath on the other side. As I held her hand and kissed her goodbye one last time… I was reminded of another dream of hers that came true."

Rory then shared a video sent to his wife by one of her idols, Dolly Parton, who expressed her admiration for the duo and offered them her prayers. "Joey And Rory, I've loved you for years,” Parton said.

“I've had all your records and Joey, I  just wanted you to know that I really appreciate the fact that you've often done my songs, talked about me at different times and I've heard that you're a big fan…keep praying and I'll keep praying for ya and I just think you're wonderful and I know that God is proud of you. So I just wanted to take a chance to say thank you for loving me and I'll be loving you.”

On twitter country stars paid tribute to Feek after the news of her passing broke. ‘Praying for the family & friends of Joey Feek. A beautiful soul moved into heaven today. A beautiful legacy she left behind,’ Carrie Underwood wrote.

‘Heartbroken by the passing of the beautiful Joey Feek and completely inspired by the way she lived every minute,’ wrote Kimberly Perry. ‘Full of love and life.....Rest in peace now. Sing with the angels now.’

The Grand Olde Opry also paid tribute to Feek, tweeting: ‘hearts go out to the family of Joey Feek. She was a beautiful person inside and out and will truly be missed.’