Joey Feek has decided to stop treatment for cancer after doctors discovered the tumours have reoccurred and the cancer is spreading.

Joey Feek, the American singer best known as one half of the country and bluegrass group Joey + Rory, has decided to end her treatment for cancer. Joey’s husband and fellow band member, Rory Feek, announced the news on Friday (23rd October) in a blog post entitled ‘Enough’. 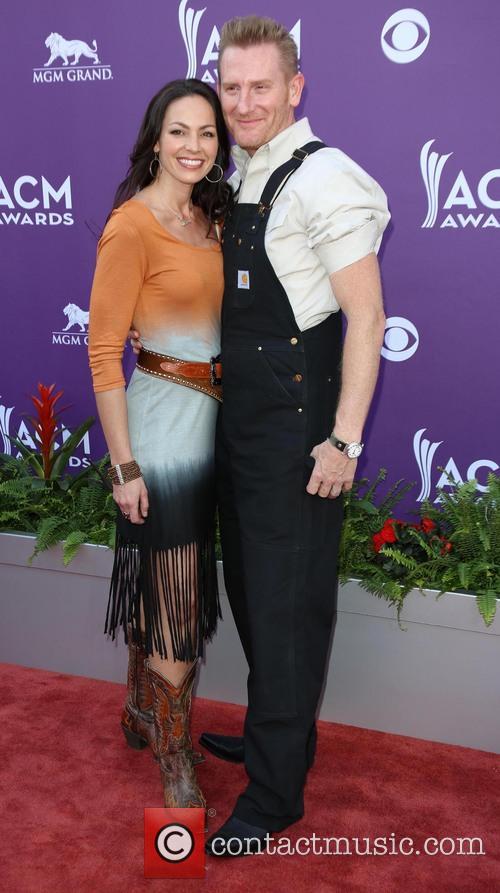 Watch the Music Video for Joey + Rory's 'Play The Song'.

Rory explained how Joey had been expecting to undergo further chemotherapy but, after a routine CT scan earlier this week, was told some tragic news. Her doctors discovered the tumours in her cervix, which had been removed in surgery in July, had returned and her cancer is spreading at a rapid rate.

‘Then the doctor explained that the scans revealed that two quarter-sized tumors have already grown back in the same area that they had been blasting daily with chemo and radiation,’ Rory wrote on the blog post.

‘And that many more smaller tumors were visible all throughout the abdominal region.  She said that the cancer was aggressively spreading in spite of all they’ve been doing.’

Rory further explained how Joey has made the decision to stop treatment as they believe they have reached the limit of what medicine can do.

The doctors have advised Joey and Rory of how much time she has left. Rory alluded to the estimated time span but did not reveal how long it is. The two have decided to spend Joey’s remaining time at home, caring for their daughter.

‘The doctors gave us an estimate of how much time they believe that Joey has, and we both looked at the calendar that hangs by our kitchen door, then I took the calendar off the wall and threw in the trash can,’ Rory wrote later in the post.

‘So we don’t have forever. We’ve got right now. And that’s enough.’

Rory ended his post with a request for their fans to pray for Joey and a 'miracle'.

Watch the Music Video for Joey + Rory ft. Zac Brown Band's ‘This Song’s For You’: