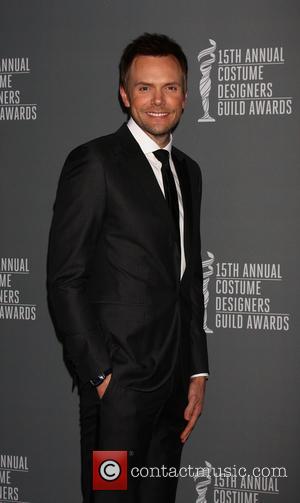 Actor Joel McHale is regularly propositioned by men on Twitter.com who assume the Community star is gay.

In the U.S. Tv comedy, the 41 year old plays lawyer-turned-college student Jeff Winger, who is routinely hit on by the school's dean, portrayed by award-winning screenwriter Jim Rash.

And because of his character's gay-friendly storyline, MCHale admits he is often contacted online by amorous male fans, who are unaware he is straight and married to Sarah Williams, the mother of his two children.

He tells The Advocate magazine, "Back when I had just moved to L.A., before I was on any show, I was meeting a friend at a bar connected to this restaurant we went to. When I got there, I was the only one in the bar. While I was messing with my phone, I didn't notice the whole bar fill up with men. Guys kept coming up, asking, 'What's going on, man?' I figured they'd seen the commercials I was in. Then I realised that these men were coming on to me because I was alone in a gay bar... (And) guys sometimes will tweet me, 'I'm in L.A. Staying at such-and-such hotel. What do you think?'"

However, MCHale insists he's flattered by all the attention: "I always find it really weird when guys flip out over someone thinking they might be gay. If a guy gets offended by that, there's something's wrong with him. I take it as a compliment."