Actor Joel McHale Has Confirmed Reports His Cult U.s. Comedy Community Will Not Be Returning For A Seventh Season, But Studio Bosses Are Still Optimistic For A Possible Movie. 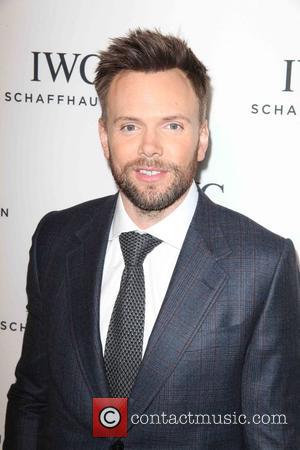 The programme struggled with ratings and showrunner shake-ups throughout its first five seasons on the NBC network, and executives decided to finally axe the show last year (14), but executives at Yahoo! picked up the show for a sixth season last autumn (14).

But in an interview with Metro Weekly, MCHale says the show has wrapped for good.

He explains, "All of our contracts were up after six years. All the actors on the show, almost without exception - their stock has risen significantly and it's out of the pay rate that is affordable to make the show. So you're not going to be able to get (co-stars) Alison Brie or Gillian Jacobs at a normal television salary anymore. There is just not enough money to be able to pay for the show."

However, a spokesperson for Yahoo! responded to MCHale's comments on Tuesday (04Aug15), giving hope to fans that there will be more Community in the future.

A statement reads: "We've seen tremendous value in our partnership with Sony and are continuing to discuss future opportunities for Community."

Show creator Dan Harmon and several cast members have suggested a film version would be the ultimate final chapter for the show, which was kept on the air in part to online petitions from the avid fan base using the the phrase "Six Seasons and a Movie", a quote from the character played by actor Danny Pudi.