Tracy has just started college in New York, and is finding it super difficult to make friends. But when her mother urges her to call her soon to be stepsister Brooke, she decides to meet up with her. What Tracy thought would just work out as an ordinary friendship, changes her world as this quirky and spontaneous older woman shows her a life of adventure and style, living in Times Square and doing exactly what she wants. But as it turns out, she has her own problems having lost her fiance and her cats to her so-called friend. After consulting a fortune teller, the pair decide to set out to confront this woman, and Tracy and Brooke soon discover how much they need each other's influence.

Joel Marsh Garland - A host of stars were photographed on the red carpet as they arrived at the 21st Annual Screen Actors Guild Awards which were held at the Shrine auditorium in Los Angeles, California, United States - Monday 26th January 2015 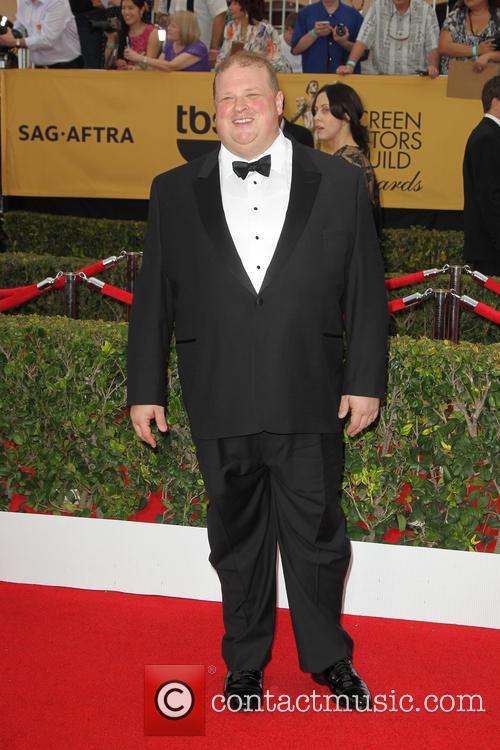 Riggan Thomas (Michael Keeton) is faced with a serious problem. In an attempt to make himself appear relevant in the new world following his role as television superhero Birdman twenty years ago, he has written a stage adaptation of sixty-year-old book. But his problem is, that the actor hired to star in the production has dropped out. The plays producer, Jake (Zach Galifianakis) is in the process of explaining how much trouble they are in, when Lesley (Naomi Watts) explains that her lover, the famous Mike Shiner (Edward Norton) is ready and willing to step into the role.

20 years ago, Riggan Thomas (Michael Keaton) played the iconic Birdman - a comic book hero for the big screen. Having watched his career dissolve in the intervening years, Riggan has adapted a Raymond Carver's What We Talk About When We Talk About Love and intends to direct and star in it as part of his big come back. In an attempt to show the world that he still matters, he ends up struggling most of all to prove his worth to both himself and his family. As troubles begin to emerge in the run up to the opening night, Thomas becomes haunted by his early fame, manifesting as a Birdman alter ego.

Riggan Thompson used to be a major movie star having played a much-loved onscreen superhero, Birdman, in his more prolific years. However, he's starting to believe he was just a one trick pony as he struggles desperately to get his Broadway debut underway having just written his first play. Things just don't seem to be going right for Riggin, however, when everything surrounding the production begins to fall apart and he has to cast a younger and cockier actor for the main role - a man he utterly abhors and feels he simply cannot work with. Not only that, but his personal life is also taking a massive blow and he must find a way to reconnect with his family so that, maybe, he can re-discover himself along the way.

Maisie is a 6-year-old girl whose parents are the veteran rock star Susanna and the art dealer Beale. As high profile as they are, Maisie is hardly living the high life as her selfish and ignorant folks never seem to have time to think about being parents and when their rocky relationship ends in a fiery divorce, she is used merely as a weapon in court as the bitter custody battle gets underway. Being passed from mother to father and vice versa hardly has the effect of making each parent want to spend more time with her to make up for their time apart as Susanna is often busy on tour and Beale takes many long work trips away. As a result, their respective new spouses Lincoln and Margo (also her ex-Nanny) are forced to take on the responsibility of caring for Maisie together and the young girl finds herself becoming happier by the day.

This is a heart-warming movie challenges the idea of child custody and is viewed through the eyes of an innocent girl who tries to construct a new family after her own is bitterly torn apart. Based on the novel of the same name by Henry James, this adaptation of 'What Maisie Knew' has been directed by Scott McGehee and David Siegel ('Suture', 'Uncertainty', 'Bee Season') and written by Carroll Cartwright ('Dungeons & Dragons', 'Where the Money Is') and Nancy Doyne in her feature film debut.