Samuel L. Jackson is set to star in the remake of of 1987 action film 'Robocop'. 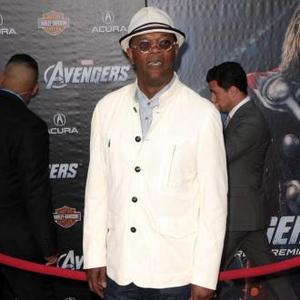 Samuel L. Jackson is set to star in 'Robocop'.

The 63-year-old actor is said to have signed up to appear in the remake of the 1987 action film, according to The Hollywood Reporter.

Jackson will play ''charismatic media mogul'' Pat Novak, while Joel Kinnaman has already been cast as police officer Alex Murphy who is brought back to life as a cyborg.

Gary Oldman will also star as the scientist who creates Murphy.

The movie - which is being directed by Jose Padilha - is due to begin shooting in Toronto, Canada, this September and scheduled to be released next summer.

The original film starred Peter Weller in the lead role and Nancy Allen as his partner, Lewis, and took more than $60m at the box office.

Jackson can currently be seen in 'Avengers Assemble', and he will next appear in Quentin Tarantino's Django Unchained, which is out in January next year.