The actor is intent on returning for the DC Extended Universe film.

Though 'Suicide Squad' wasn't quite the critical darling Warner Bros. Pictures would have been hoping for upon its release in 2016, the film was still hugely successful with the cinema-going public, with the movie company confident enough in the franchise to order a second film in the series.

Bringing some of DC Comics' most recognisable villains to the big screen - such as Harley Quinn, Captain Boomerang, Deadshot and Amanda Waller - the film allowed the aptly-named 'Suicide Squad' aka Task Force X to take over movie theatres for the first time ever.

Amanda Waller (Viola Davis) was the woman overseeing the Task Force X operation, with her right hand man Rick Flagg (Joel Kinnaman) by her side. Using criminals who had been captured to go out and do the government's dirty work and literally forcing them to put their lives on the line, Waller always had the upper hand on the group of super-baddies, even implanting bombs in their brain if they tried to rebel against her.

Now following his work on the fifth season of Netflix original series 'House of Cards', Kinnaman is looking forward to the 'Suicide Squad' sequel.

"As far as I know they're writing the script and I think the plan is to shoot it some time in 2018, but that could change," the actor revealed in a chat with The Hollywood Reporter. "I think I'll definitely come back for it."

Asked about who he'd like to direct the sequel, he added: "Ultimately, I'd love for David Ayer to direct it, but if he doesn't want to direct it then someone who is great with character and that's able to ground the story and maybe put these characters in a more normal situation. It would be really interesting to see these crazy characters interact with regular people as well."

The ideas put forward by Kinnaman are certainly intriguing, but it's unlikely they're based off of anything that's actually going on behind-the-scenes during the writing of the script. Actors involved don't usually get to see screenplays whilst they're in the works, only ever really being given their scripts when they're fully completed and it comes time for them to learn their lines.

What is great to hear Kinnaman say however is that he's intent on returning to the series as Rick Flagg. Hopefully the rest of the cast involved in the first film feel the same way.

We'll bring you all the news on 'Suicide Squad 2' as and when we get it. 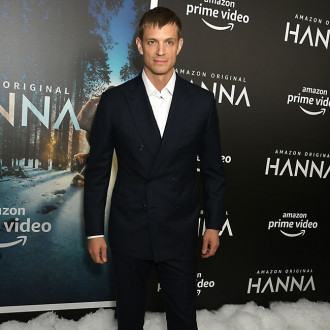