Moviemaker JOE WRIGHT Abandoned Plans To Insert Sea Shanties In To His New Pan Movie Because He Felt The Tunes Weren't Manly Enough For His Pirates To Sing. 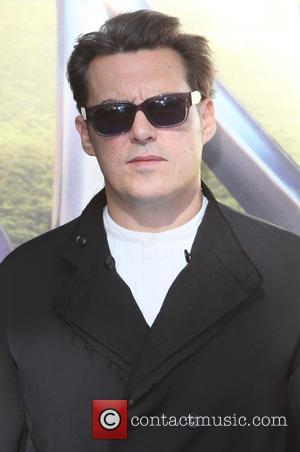 The director wanted Hugh Jackman's Blackbeard and his crew of cut-throats to belt out fearsome sea songs, but they all just sounded like camp musical numbers until Wright suggested they try a few punk and grunge tunes - like Nirvana's Smells Like Teen Spirit.

He explains, "I wanted to find some music that felt like it was the right energy for them and we tried some sea shanties and they didn't feel quite tough enough. And then we tried some punk and suddenly the energy in the room changed and everyone started pogo-ing around and so we thought we'd give it a go really."

And Jackman had a blast recording the grunge anthem: "I remember when we were first trying it out there were some Warner Brothers executives visiting rehearsals and I remember they were saying, 'I didn't know we were doing a musical!'

"We filmed it with a lot of stomping and the pirates had to go back in and record our vocals so near the end of the shoot we all went in. We were there one morning in a London recording studio and one by one we would go in and record. So I recorded my track and from the sound booth a very polite guy goes, 'Mr. Jackman, fantastic. It's just sounding a little Broadway!'"