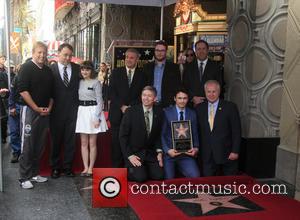 Movie producer Joe Roth would have abandoned plans to make new Disney film Maleficent if Angelina Jolie had turned down the lead role.

The Hollywood power player behind the hits Alice in Wonderland and Snow White and the Huntsman admits he approached Jolie before he had a director for the film in place - because if she had said no to the villainous part, he would not have proceeded with the project.

He tells Wenn, "She seemed like the only person who could play the part. There was no point in making the movie if it wasn't her.

"I went to her house and I saw her kids and one of the kids had horns on and I thought, 'Oh, that's a good sign!' Someone else in her family said she'd always wanted to play the part as a kid. I thought, 'Great, here's the opportunity'.

"I said I'd produce it and we'd work together and make sure we made a good movie. She said, 'Yes'."