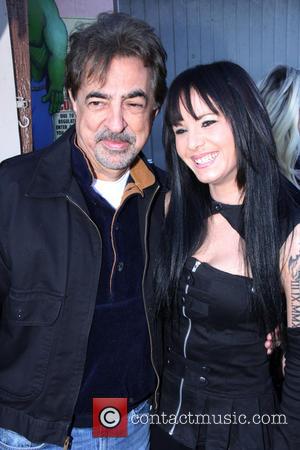 Actor Joe Mantegna raced to Madonna's rescue when an eager fan jumped on stage during their Broadway play in 1988.

The Tony Award winner shared the stage with actor Ron Silver and the Material Girl during her Broadway debut in David Mamet's Speed-the-Plow.

Mantegna recalls a scary moment when an eager Madonna fan attempted to get close to his idol.

He explains, "We were doing the play one night, we'd been doing it quite a while at that point. It's a three character play. So I said a line to her, and all of a sudden I saw this look on her face and it looked like fright! I'm thinking, 'Well, she's making an odd choice tonight with how she's doing this line.'

"I notice she's looking over my shoulder and as I turned I saw a guy had come up out of the audience, jumped up on the stage and he's coming toward her. All I could think of was, 'This is a three character play, and you're not in it. We don't need a fourth.'"

He continues, "My instinct was to turn around, so I grabbed him, I pulled him over and threw him into the wings, because by now the stagehands (were) all waiting to see what he'd do. I came back up on stage and we got back into the play."