SofÍA Vergara Feels Too Old To Try To Look Like A Virgin On Her Wedding Day. 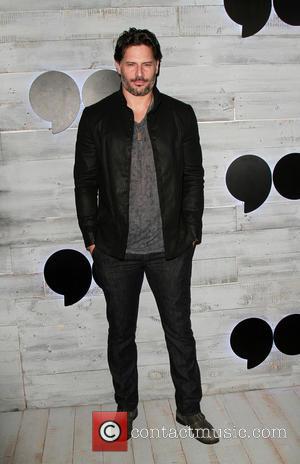 The Modern Family actress is engaged to Magic Mike hunk Joe Manganiello, and they are currently deep in wedding planning.

She recently confessed she is nervous about trying on her custom-made dress for the first time, but offered no details about what it would look like.

Now, however, it's clear it won't be a traditional white outfit.

That means piling on the make-up, even though the actress realises that is not traditional. Many women try a subtler look for their special day, but Sofía will be sporting a bold lipstick at the very least - something Joe loves. And there are a few no-nos too: "I already got married before. I don't think I'm going to do a veil," she explains.

The star wed her high school boyfriend Joe Gonzalez when she was 18 and they have a son together. They split in 1993.

She can't wait to debut her exciting wedding day look, hinting that other brides would do well to follow her example - as so many play it safe and boring.

Earlier this week (bed21Sep15), Sofía appeared on U.S. TV show Good Morning America, where she also discussed plans for her nuptials. She praised Joe for being so helpful with the organisation, but admitted she has become a little obsessed with the little things.

She laughed, "I am very detail-oriented, so I am kind of like a nightmare. I have a very good memory. If you show me swatches of things, I can in two months exactly remember, 'What happened with the one with the little border that had the little print?'"