Sofia Vergara Doesn't Want To Make The Next Gigli With Fiance

Magic Mike Star Joe Manganiello Has Ruled Out Working With His Wife-to-be Sofia Vergara Because She Fears Anything They Do Together Will Turn Out Like Ben Affleck And Jennifer Lopez's Film Flop Gigli. 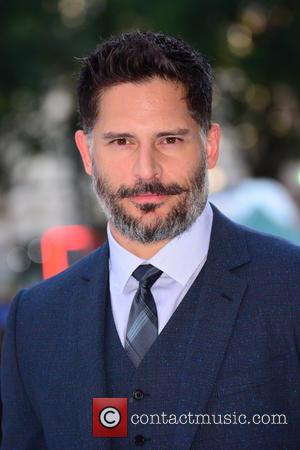 The actor reveals he presented a script for a project, to which he was attached, to his fiancee and suggested she take a role so they could be together on set, but she wasn't interested.

Manganiello tells Haute Living magazine, "I gave her a script and was like, 'Please read this. It's such a good part for you and it's amazing for me', and she said, 'No, I'm not going to make Gigli', and kind of threw it on the ground."

The 2003 film, which came out at the height of Affleck and Lopez's romance, is considered by some one of the worst films ever made. It was a box office bomb, grossing just a 10th of its estimated $75.6 million (£50.4 million) budget.