'True Blood's Joe Manganiello is happy to get naked for the show because he believes it is important for his character. 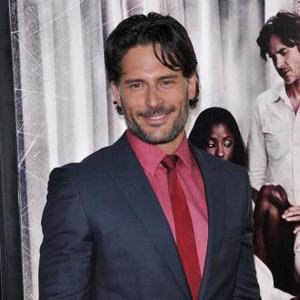 'True Blood' star Joe Manganiello is happy to bare all for the show.

The 35-year-old star plays werewolf Alcide Herveaux in the HBO series and has no problem with revealing his butt when he transforms from occult animal to human because he thinks it would be unrealistic for his character to magically have clothes.

He said: ''As far as the butt cheek stuff goes, it just makes sense. It's not gratuitous; it's realistic. If you're a werewolf and you transform, you lose everything and there are your butt cheeks. The show is a deconstruction of supernatural creatures. It's not like other werewolf projects, where you magically reappear with tiny jean shorts on.''

'Magic Mike' star Joe works hard to stay in shape for his role in 'True Blood' and says he feels like he has to look good to play a werewolf.

He explained to Out magazine: ''I like working hard. It's my letter of gratitude to Alan Ball for giving me this opportunity. Vampires are animated corpses. They can get away with not looking like they go to a gym. I'm a wild animal -- that's how I should look.''