Actor Joe Manganiello Enlisted The Help Of His Good Friend Arnold Schwarzenegger To Craft The Perfect First Date With His Now-fiancee Sofia Vergara. 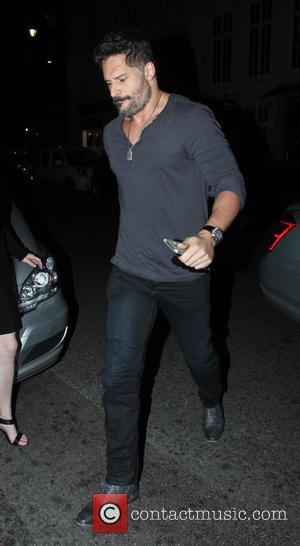 The Magic Mike hunk began dating the Modern Family beauty last summer (14), but instead of waiting for her to get back to Los Angeles from New Orleans, Louisiana, where she was filming her movie Hot Pursuit, Manganiello decided to fly out and take her on the town.

During an interview on U.S. chat show The Talk on Monday (29Jun15), he explained, "Anytime a person falls in love, gets married, finds the one, there was always a first date that kicked that off, so you want it to be memorable, no matter what it is.

"My first date with Sofia, she was working on a movie in New Orleans, so I got on a plane and flew there. I was like, 'I'm taking you out, get ready.'"

Keen to make their first date perfect, Manganiello recruited his idol-turned-friend Schwarzenegger to help plan the night, as he was also in the city working on a separate film.

Manganiello continued, "I flew there, I got the car, the hotel. My buddy Arnold Schwarzenegger was shooting there in New Orleans, so I had him and his security team and we figured out where to take her. I had a dinner place and if it went well, I had a place afterwards."

The couple got engaged in December (14), and Manganiello has since proved he can get by even without his friend's help, revealing a thoughtful gift he gave his fiancee: "We just celebrated our one-year anniversary, so I had a book made of all of the text messages and photos and pictures of New Orleans of places we went to, so it was special."