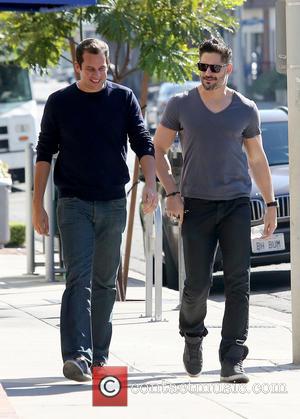 Joe Manganiello has revealed he once battled an alcohol addiction before getting sober 11 years ago.

The Magic Mike hunk is known for his healthy lifestyle and buff body, but before he became a well-known actor, Manganiello struggled with a drink problem.

In an interview with HuffPost Live, he confesses, "There was a period of about four years where I needed to quit drinking. And the drinking always got in the way of my career... My life was ruined... I was homeless, careless and broke with no career, so it was worth it to get sober."

"It was one of those obstacles that I had to get over and once again I needed to clear the road in order for these things to happen, so it really is an inside job. I had to clean up my act and figure the whole situation out."

Manganiello also explains his issues with alcohol in his new book, Evolution: The Cutting Edge Guide to Breaking Down Mental Walls and Building the Body You've Always Wanted, which was released on Tuesday (03Dec13).