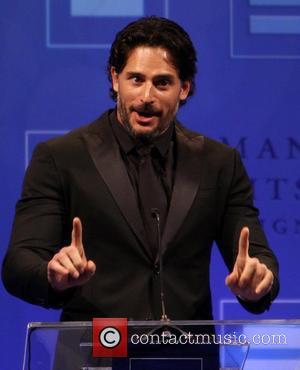 Actor Joe Manganiello has Chris Rock to thank for convincing him to sign up for new stripper movie Magic Mike because the funnyman insisted he would be a fool to pass up the chance to work with Oscar-winning director Steven Soderbergh.
The True Blood star admits he had his reservations about appearing in the forthcoming film, based on G.I. Joe hunk Channing Tatum's own experiences as an exotic dancer in Florida nightclubs, because he didn't want to turn off his male fans and friends.
However, he had a change of heart after chatting to Rock on the set of their upcoming romantic comedy What to Expect When You're Expecting and the comedian made him see sense.
He tells the New York Daily News, "Chris was the one who talked me into doing Magic Mike.
"(I told him), 'I think guys are gonna hate me if I do it.' Chris said, 'Motherf**ker, they're gonna hate you anyway. You might as well work with Steven Soderbergh.'"
Manganiello stars alongside Channing Tatum and Alex Pettyfer in Magic Mike, which is due for release this summer (12).