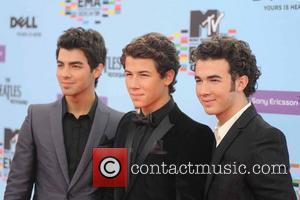 Joe Jonas is looking to make the transition from singing to acting - and has his sights set on a role in the James Bond movie franchise.
The middle Jonas brother, along with his two siblings, has starred in a string of TV and big screen ventures, including Disney film Camp Rock, as well as cameo roles in teen TV show Hannah Montana and 2009 picture Night at the Museum: Battle of the Smithsonian.
But Joe is looking to sink his teeth into a serious role - and would even consider auditioning for a role as a Bond villain in a future 007 outing.
He tells Scotland's Daily Record newspaper, "I'm willing to read for anything. Acting is something I love and I want to do it all. It would be an awesome dream to get a part in a James Bond movie. We're big fans of Daniel Craig. DC is the best and it would be an honour. It's a prestigious film series."