Jonas Takes Belle Out To The Ballpark 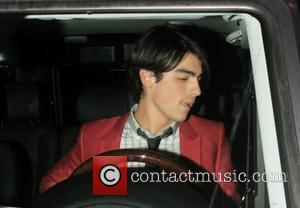 Joe Jonas and girlfriend Camilla Belle showed a united front when they joined friends at a Los Angeles Dodgers baseball game on Monday (13Apr09).
The Jonas Brothers and pals were among a record-breaking crowd at the Dodger's opening home game - and 10,000 B.C. star Belle joined them.
The pop siblings posed for pictures with Dodgers CEO Jamie MCCourt before watching the home team romp to an 11-1 win over state rivals the San Francisco Giants.
The love match between Jonas and Belle puts paid to reports the actress has split from the singer and is currently dating Twilight star Robert Pattinson.