Joe Jonas has been branded a ''bad artist'' who put fame before creativity by fellow former Disney star Dylan Sprouse. 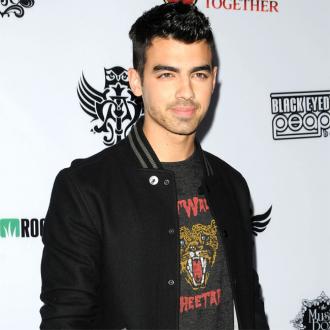 Joe Jonas has been slammed as a ''bad artist'' by Dylan Sprouse.

The former Jonas Brothers star gave a revealing interview earlier this week in which he claimed he felt working for Disney meant he had to ''sugarcoat'' his true self and had little choice or creative input into his work.

But now his fellow former Disney star Dylan - best known for starring with twin brother Cole in 'The Suite Life of Zack & Cody' - has hit out at his ''bulls**t'' comments, insisting Joe was more likely dazzled by fame than being prepared to make his own decisions.

In a blog post, Dylan wrote: ''I think it's bulls**t that they were being robbed of choice or creativity. If they wanted too, they could have told Disney 'No'. Cole and I did this hundreds of times and we ended up all right. The only reason they didn't is because, like many of the people on that channel, I think they fell for the allure of fame ...

Nowadays artists just assume they have to do what they are told by their proprietors because there is a 'rigid structure to achievement'. It is nothing more than a scheme to rob you of your individuality and capitalise the gain they acquire from such treachery. If you believe this, not only are you incredibly foolish, but you are a BAD ARTIST. (sic)''

Zendaya Coleman of 'Shake It Up!' also disagreed with Joe, 24.

She posted on Twitter: ''I admire @joejonas and his honesty...so real and brave...but that's his journey, not mine...don't worry about me #igotthis (sic)''

However, his former girlfriend Demi Lovato - who Joe revealed in the interview he tried drugs for the first time with - appeared to standby his comments, which included saying he only continued their relationship because he had a ''brand to protect''.