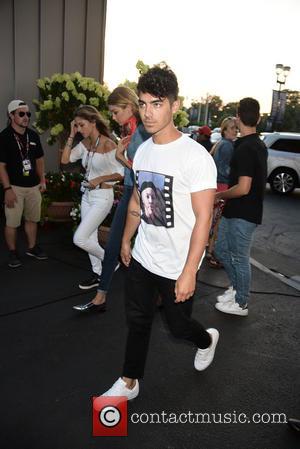 The pop star and his brothers, Nick and Kevin Jonas, announced they were disbanding in October, 2013, and now Joe has recruited three of his friends to create a new pop group, called DNCE.

On Monday (14Sep15), DNCE debuted their first single, Cake By The Ocean, which Jonas was inspired to write after overhearing Swedish music producers Mattman & Robin say they wanted to order "cake by the ocean", mistaking the term for popular cocktail Sex on the Beach.

Jonas tells Complex.com the tune helped ignite the new band's creative juices, saying, "That song was a total breakthrough. Once we came up with Cake by the Ocean, everything was electric."