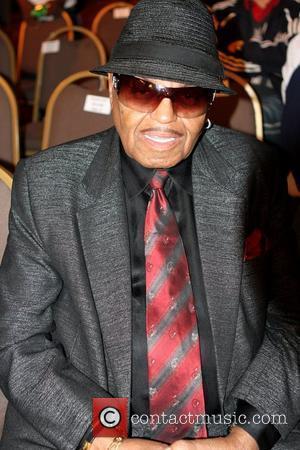 Joe Jackson's lawyer is demanding publication of Michael Jackson's posthumous earnings following reports his estate has made $900 million (£600 million) since his death last year (09).
The King of Pop passed away after suffering a cardiac arrest on 25 June and fans flocked to buy his albums and merchandise in the aftermath.
Since his death, Jackson's estate administrators have signed a $250 million (£166 million) deal with Sony which gave the record label full access to the singer's back catalogue and unreleased material.
The release of his This Is It film, which gave fans a glimpse of Jackson in rehearsals for his ill-fated London tour residency, made more than $260 million (£173 million).
An insider tells Britain's Sunday Mirror, "The estate has made around $900 million in cash since Michael's death. This is an incredible amount. No other artist has ever made that much since they died. It should ensure Michael goes down in history as the greatest artist of all time."
But Joe Jackson, who wants a share of the estate, is fuming - and his legal team is calling for administrators to publish details of the star's posthumous earnings.
He tells the publication, "They are being too secretive. The public has a right to know what the estate is doing in his name."