Joe Jackson's Lawyer Is Threatening To Take Legal Action Against Bosses At European Media Network Rtl Amid False Allegations Suggesting His Recent Health Scare Was The Result Of Taking Too Much Viagra. 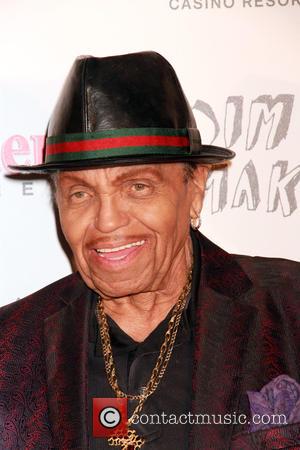 Janet Jackson's father was hospitalised in Sao Paulo, Brazil on 26 July (15) after suffering signs of a stroke as he prepared to celebrate his 87th birthday.

He subsequently suffered three heart attacks and underwent heart surgery to have a pacemaker fitted, and he was placed in the intensive care unit to recuperate.

The 87 year old has since returned to Los Angeles, and as he recovers, his legal team is looking into filing suit over unfounded speculation about what landed him in hospital.

A representative confirms to TMZ.com that Jackson's lawyer is planning to sue RTL executives and other media outlets which made similar claims, insisting medical records prove there was no Viagra in his system when he was admitted.

Jackson's children recently issued a statement publicly thanking staff at the Albert Einstein Hospital for taking "fantastic care" of the family patriarch, while also expressing their gratitude to fans in Brazil for their "amazing hospitality, support and prayers".