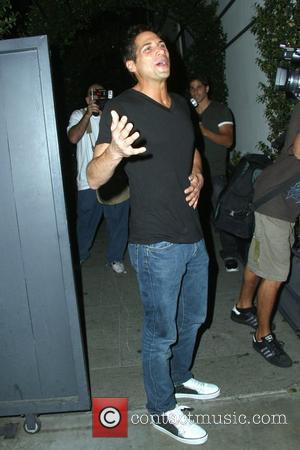 GIRLS GONE WILD founder JOE FRANCIS has escaped charges relating to a nightclub fight with model Jayde Nicole.
The adult filmmaker clashed with socialite Brody Jenner's girlfriend Nicole in July (09) and the model claimed to have suffered a "black eye, swollen face, bruised ribs" and other injuries in the incident.
She sued Francis for $1 million (£625,000) for "utter emotional distress and humiliation" earlier this month (Oct09), and the director fired back with a countersuit this week (begs26Oct09), accusing Nicole of threatening to kill him during the scuffle.
In his legal documents, he alleged Nicole hit him in the head before she poured a drink on him and shouted, "I'm going to kill you!"
Francis thought he was going to be hit again when he saw Nicole reach for a bottle, and reacted to the potential attack by grabbing her hair "in self-defence", insisting he was "in fear and apprehension of being struck a third time and that Nicole was going to carry out her threat to kill him".
Los Angeles authorities subsequently studied surveillance video footage of the brawl.
According to TMZ.com, the District Attorney's report supports Francis' claim that Nicole "appears to have acted without immediate provocation".
Neither Nicole nor Jenner will face charges.
The report adds, "The interests of justice do not support the filing of criminal charges against any of the three suspects."
But that's not the end of Francis' legal woes - he's accused of failing to pay back a gambling debt and is also embroiled in a lawsuit against three former employees he claims tried to embezzle cash from him.