Jodie Foster Speech Inspires People To Come Out... But Cryptically 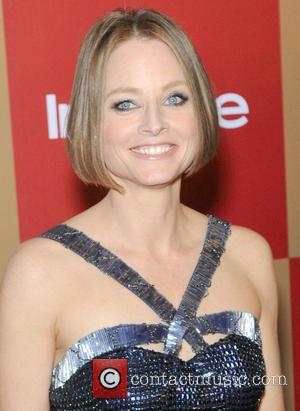 Jodie Foster's incredible, if not slightly cryptic speech at The Golden Globes, has inspired people to be true to themselves and come out to their friends and family, but just as strangely as Foster chose to.

"Jodie Foster is being hailed as a possibly gay icon after kind of coming out during a speech at the Golden Globe Awards," The Onion reported. "The actress has become a role model to LGBT youth who are taking her lead by also giving moving but confusing coming out speeches to their friends and family." A young man in a YouTube clip is seen saying: "I have to be honest and say something that's been on my mind. And you already know it, so there it is." Foster's speech has also given rise to an awareness project for young people titled 'We are all single, just kidding, but seriously, I am together, in this room'.

Foster's denial that she's quitting the game (the acting and directing game, that is) has inspired Kristen Stewart to work with her old friend. Her buddy according to Entertainmentwise said: "Kristen knows she has a lot to learn still as an actor and obviously as a director. She's interested in possibly directing one day, and wants to learn from the best. To her, Jodie is the best. She has always been such a dear friend to Kristen," adding:  "Kristen has always admired Jodie's sense of integrity and authenticity."