Jodie Foster has made a donation to the Search for Extraterrestrial Intelligence (SETI) Institute in California to help find proof of alien life. 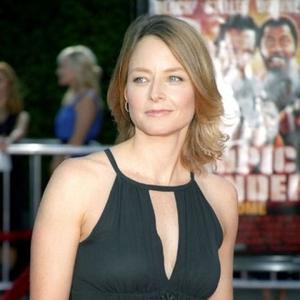 The actress has given a sum of cash to the Search for Extraterrestrial Intelligence (SETI) Institute in California to help it continue its research work following US federal and California cuts to its budget.

The SETI monitors radio transmissions to try and pick up transmissions from other planets but it was forced to halt its work and turn off its Allen Telescope Array (ATA) dishes - of which there are 42 dish-shaped antennas which work as a single radio telescope - in April because of the cuts.

It then launched an appeal to raise $200,000 so it could continue its operations and following Jodie's undisclosed donation the SETI had raised $223,000 from 2,557 donors.

In a statement on the fundraising website, Jodie - who played a scientist searching for extraterrestrials in the movie 'Contact' - said: "The Allen Telescope Array could turn science fiction into science fact but only if it is actively searching the skies."

SETI co-founder Tom Pierson praised the 48-year-old actress and all the other donors for coming to the organisation's aid.

He said: "We are so grateful to our donors. We believe we will be back on the air in September."

Despite the monies raised, the SETI is looking for more funding and needs to secure an estimated $5 million to keep running for the next two years.