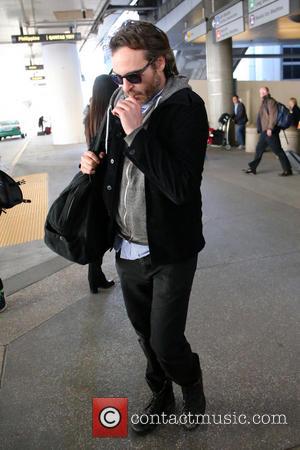 Joaquin Phoenix's hard-hitting new People for the Ethical Treatment of Animals (Peta) ad was inspired by a childhood fishing incident.

In the underwater commercial aimed at promoting veganism, the Walk the Line star struggles to breathe and panics while his voice is heard talking about how fish suffocate out of water.

He says, "In water, humans drown, just as fish suffocate on land. It's slow and painful and frightening and we do it to more than one trillion fish every year. Put yourself in their place and try to relate."

Phoenix explains the swimming pool ad brought back memories from his childhood.

He adds, "My family and I were on a boat, catching fish. As one fish was caught, he was writhing, then he was thrown against the side of the boat. You couldn't disguise what it was. This was what we did to animals to eat them.

"The animal went from a living, vibrant creature fighting for life to a violent death. I recognised it, as did my brothers and sisters."

The commercial has already been banned from broadcast during the Oscars.