Joaquin Phoenix is being eyed to play the lead villain in Warner Bros.' 'Man of Steel' sequel and it's rumoured his character may be Lex Luthor. 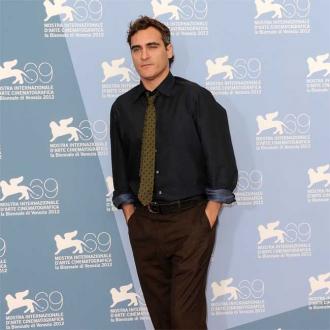 Joaquin Phoenix is being eyed to play the main villain in the upcoming 'Man of Steel' sequel.

Warner Bros. is keen to work with the Oscar-nominated 'Her' actor again on its huge summer blockbuster - which will star Henry Cavill as Superman and Ben Affleck as Batman - but has yet to make him an offer.

It's not yet known whether Phoenix will accept the role as he doesn't usually take on roles in big budget films and is also said to be considering a role in Gus Van Sant's 'Sea of Trees', reports Variety.

While Phoenix's proposed role is being kept under wraps, it's highly likely his character will be the main antagonist in the film, which is rumoured to be Superman's most famous rival, Lex Luthor.

The untitled movie, which is tentatively being referred to as 'Batman vs. Superman', will see Cavill reprise his role as Clark Kent/Superman, alongside 'Man of Steel' co-stars Amy Adams, Diane Lane and Laurence Fishburne.

Last week it was reported 'Game of Thrones' star Jason Momoa has been cast as alien crime-fighter the Martian Manhunter in the flick.

'Man of Steel' director Zack Snyder is helming the sequel, which is due for release in July 2015.