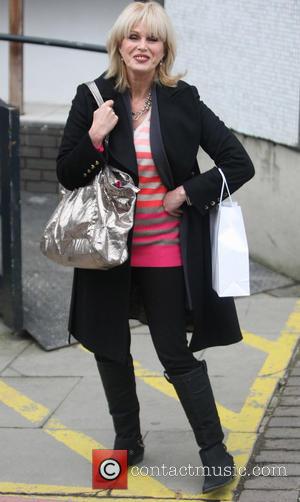 Stars including actress Joanna Lumley, former model Twiggy, and singers Kimberly Wyatt and Chrissie Hynde are celebrating after winning their fight for a European ban on the sale of animal-tested products.

Officials at Cruelty Free International (Buav) have been campaigning to end the sale of toiletries and other beauty products which have been tested on animals, and the new law will be rolled out across the continent on Monday (11Mar13).

The drive has been backed by several animal-loving stars and they have spoken out to tell of their delight that the 22-year campaign has finally paid off.

The Pretenders frontwoman Hynde says, "I joined with Cruelty Free International (Buav) to speak out against animal cosmetics testing in 1996. I am thrilled to hear this great news for animals and congratulate Cruelty Free International (Buav) for their hard work and determination to make this happen, and the Eu for doing the right thing by the animals and putting the humanity into beauty."

Former Pussycat Dolls singer Wyatt says, "Time to celebrate our furry friends' victory!", and 1960s icon Twiggy adds, "I am proud to have supported Cruelty Free International (Buav) throughout this significant campaign to end the sale of animal-tested cosmetics in the Eu."