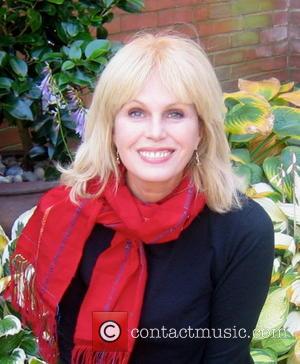 Actress Joanna Lumley has urged fellow Brits to remember the elderly over the festive period and "drop in on" relatives and neighbours.

The former Bond girl has thrown her support behind charity Age U.K. and she appeared at the charity's fundraising carol concert in London on Thursday (18Dec14).

Speaking at the event, Lumley reiterated the importance of community over the holidays.

She tells Britain's Daily Express newspaper, "What I would like most of all is for everyone to be aware of somebody who is near to them, physically, who they could drop in on. It doesn't have to be your own relation, it could be Mrs Phillips who lives across the street who you know lives on her own. Just go in and say Happy Christmas, give her a mince pie, or say 'I've got a bottle of sherry and you're jolly well going to drink a glass with me'. Just make sure that after Christmas you say: 'Is there anything you want me to get from the shops?'

"If you've got a button to sew on a shirt and don't know how to do it, ask them for help. Old people always know. I know how to sew buttons on shirts but lots of people who are 30 don't. It's lovely when somebody says 'Can you help me with this?'"