Actress Joanna Lumley Has Renewed Her Appeal For Fellow Brits To Donate Money To Help Aid Efforts In Earthquake-ravaged Nepal, Warning That The Disaster Will Blight The Country For An Entire Generation. 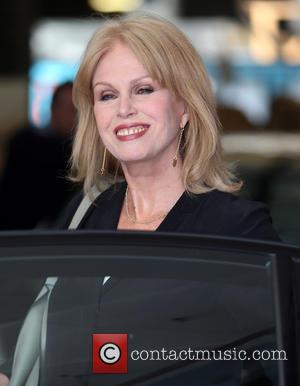 The former Bond girl fronted a TV appeal for the Disasters Emergency Committee on Tuesday (28Apr15) urging the public in her native U.K. to give generously for families who lost their homes following the tremor, which measured 7.8 on the Richter scale and left more than 6,000 dead.

The campaign reportedly raked in more than $30 million (£19 million) in one night, and Lumley has now spoken out again to call for more donations to help rebuild the devastated nation.

In an appearance on U.K. TV show This Morning on Thursday (30Apr15), she said, "Getting aid out to the very remote parts is very difficult... (Their lives have) changed completely, and changed certainly for a generation...

"We can go on giving. The British public have responded quite fantastically to the appeal. I think it's between £19 million and £20 million came in overnight. It was just staggering. People have dug deep into their pockets... The rebuilding of this country is going to be massive... With the goodness of our hearts, let's keep on giving. If you have given, I can't thank you enough. If you haven't, do it now."