The reviews are in for Lumley and Saunders' Ab Fab film.

The title 'Absolutely Fabulous' has turned out to be a bit of an over-statement for this movie according to the latest reviews, but generally it has wound up to be an enjoyable affair for fans of the TV show; quite a feat given that the majority of the cast aren't actually actors.

Jennifer Saunders and Joanna Lumley are back as Edina Monsoon and Patsy Stone in 'Absolutely Fabulous: The Movie'. There's no denying that this duo is no less entertaining than they originally were in the television series, but the same can't be said for the other stars of the show. According to the Metro, the comedy was 'dampened by giving too much screen time to famous people who struggle to play themselves convincingly', while the Guardian agreed that it 'becomes less funny with every syllable that Stella [McCartney] is allowed to say' and described Kate Moss' performance as 'uncompromisingly wooden'.

It's hardly a problem when you've got two British comedy veterans leading the plot, however. 'In spite of this drab show of fashionable cameos, the laughs did come and that was primarily down to the one they call Lumley', the Metro added, and praised writer Saunders as well for her script that's 'filled with enough genuine zingers'.

Watch the trailer for 'Absolutely Fabulous: The Movie' here:


As comedies sometimes do (especially when they're translated from television), the film tends to render the plot superfluous. Or possibly the other way round. However, the Hollywood Reporter insists that it's the 'making-it-up-as-they-go sloppiness' which sells the franchise, and according to the Telegraph, it's 'very much business as usual'. In fact, said publication also added that 'the plot becomes a distraction you wish the film could somehow veer away from'.

There was the worry that bringing the show back so openly in an era where everything has changed beyond recognition since 'Ab Fab''s 90s hey-day would make it irrevelent. But it seems that that's the very thing that makes it work. It's a 'broad, silly, likably daft Britcom' according to the Guardian, and Empire Online summed it up perfectly: 'The laughs come and go, but Edina and Patsy are classics.' 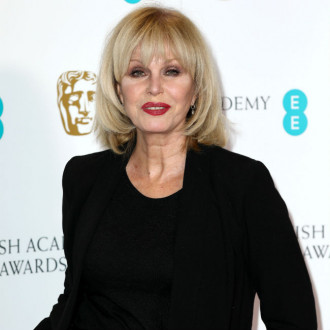 Joanna Lumley insists being a 'victim' has become 'the new fashion'