The daughter of the iconic comedienne said her mother "was willing to say what others were thinking and too frightened to admit," while speaking about her passing for the first time at The Hollywood Reporter's Women in Entertainment Breakfast.

Since Her Death It has been three months since the sudden and tragic death of iconic comedienne Joan Rivers, and on Wednesday (Dec 10th), her daughter Melissa finally commented on her passing for the first time during an emotional speech. 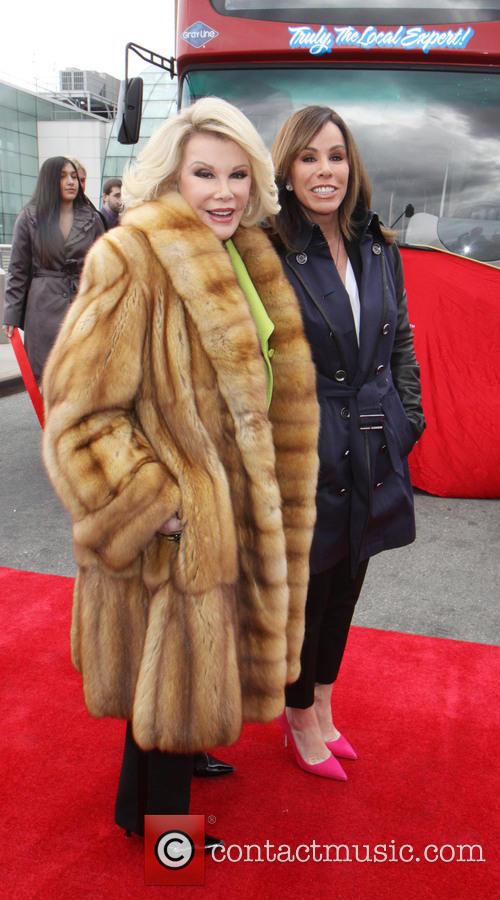 Melissa with her late mother in March 2013

While attending The Hollywood Reporter's Women in Entertainment Breakfast in Los Angeles, Melissa called her late mother "fearless" when speaking with the audience about what made her late mother such successful star.

"My mother was fearless," she said. "And I don't mean she didn't have any fears, I mean even though she was only 5-foot-2, she stood tall and walked through them. And that is what made her such a brilliant performer. She was willing to say what others were thinking and too frightened to admit."

More: Joan Rivers' Will Reveals Fortune Was Given To Charity

"The last three months and six days - not that I'm counting - have been different to say the least not just because this first time I'm publicly speaking in tribute to my mother, but because every single person in this room could potentially hire me and a few of you have actually fired me," Rivers joked. "But I don't want you to feel bad because technically I am an orphan."

Melissa then recalled a story that explains how Joan's determination helped her find fame and fortune. "From the time she was a small, small child she took risks," Rivers said. "At 8, she went to her parent's living room, took a picture off the piano and sent it to MGM. In her mind, this little girl was clearly a star, so she sent the photo, frame and all. My grandmother was a formidable woman and was not pleased as it was a $50 frame."

Joan went on to become arguably the most successful comedienne of all-time. "She made fun of herself first and foremost, which gave her the right to joke about others." Rivers said. "She never apologized for a joke and no topic was taboo and she was fine with that."