Griffin briefly stepped in to the Fashion Police host role left vacate after Joan Rivers died unexpectedly in September 2014. Griffin was on the show for two months, announcing her sudden departure in March of this year.

Rivers, speaking to television presenter Hoda Kotb at the New York's 92nd Street Y, explained that she did not have any problem with Griffin leaving the show, especially as she wasn't an ideal match anyway.

"I'm just going to say, it wasn't a match on a lot of levels," Rivers said when asked about Griffin's role and departure from the show.

However, Rivers did have a problem with the statement Griffin made when she left the show.

"I do not want to use my comedy to contribute to a culture of unattainable perfectionism and intolerance towards difference," part of Griffin's statement read.

Rivers believed Griffin's lengthy comments to be critical of Joan's comedic styling, although she suggested Griffin had unintentionally caused offence.

"My biggest complaint was the feeling that she kind of s**t all over my mother's legacy in her statement on leaving," she said. "I know everything was so heightened and everybody was so crazy, but that was my takeaway."

"I know that was not an intentional reading of it, but that's how I felt," Rivers added. "By calling the comedy and the style of it old-fashioned - it was like, I understand what you were doing, you're trying to save yourself, but don't crap all over my mother to do it." 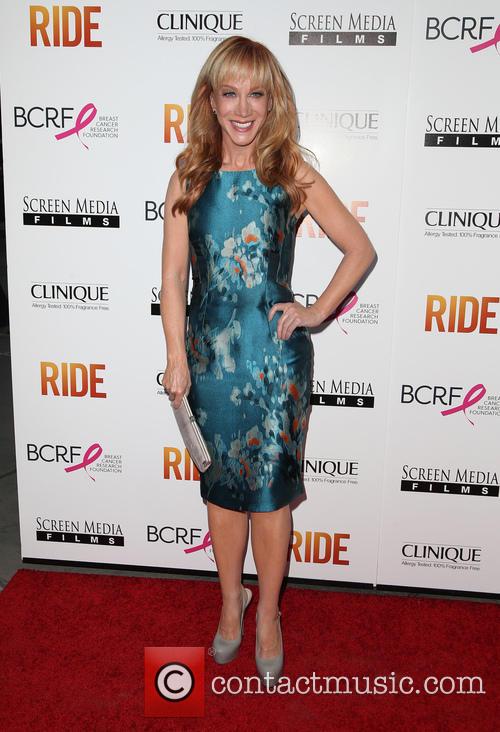 Kathy Griffin announced her departure from Fashion Police in March.