Joan Rivers' Closest Friends Are To Gather At A Memorial Dinner Party In New York City Next Week (Beg07sep15) To Remember The Late Star A Year After Her Death. 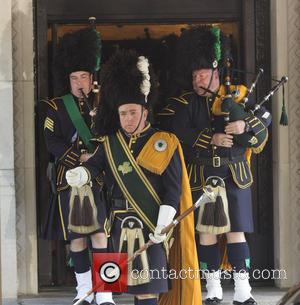 The 81-year-old funnywoman died on 4 September, 2014 after suffering a cardiac arrest during a routine throat procedure, and her pals are now set to mark the first anniversary of her passing with a special get-together.

The event is to take place on Tuesday (08Sep15), four days after the anniversary date, at Sardi's Restaurant in Manhattan, according to the New York Daily News.