Joan Rivers Taken Off Life Support And Passes Away Aged 81

The legendary commidenne was taken off life support exactly one week after she was first hospitalized for going into cardiac and respiratory arrest.

Legendary comedienne Joan Rivers has passed away after she was taken off life support on Thursday (Sept 4th), exactly one week since she was first hospitalized for going into cardiac and respiratory arrest after stopping breathing during a minor throat procedure.

Melissa Rivers, Joan's daughter who has been by her bedside since the incident occurred, released the following statement, "It is with great sadness that I announce the death of my mother. She passed peacefully at 1:17 p.m. surrounded by family and close friends. My son and I would like to thank the doctors, nurses, and staff of Mount Sinai Hospital for the amazing care they provided for my mother."

More: Was Joan Rivers Right on the Israel-Gaza Conflict?

"Cooper and I have found ourselves humbled by the outpouring of love, support, and prayers we have received from around the world. They have been heard and appreciated. My mother's greatest joy in life was to make people laugh. Although that is difficult to do right now, I know her final wish would be that we return to laughing soon," she continued.

Shortly after the routine procedure went terribly wrong, Joan was rushed to Mount Sinai Hospital in New York City and placed into a medically induced coma until a full examination was carried out. On Sunday (Aug 31st), it was reported that her doctors began the process of waking her to assess how damaged the 81 year-old's brain is.

More: Why Did David Letterman Jokingly Walk Out On Joan Rivers During 'Late Show'?

Joan first arrived on the comedy since during the 1960's. Her brash, self-deprecating and controversial stand-up became an instance hit with fans, and she soon became the permanent co-host on Johnny Carson's 'Tonight Show.' As her fame grew, Joan quickly became a trailblazer for women's comedy, which was mainly male-dominated at the time. 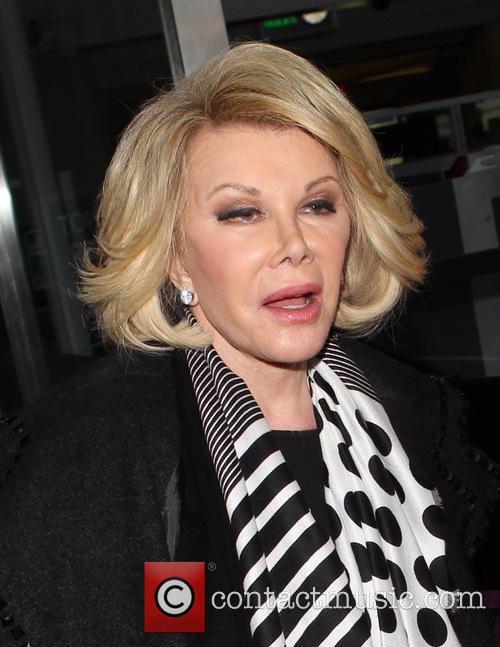 Rivers was a trailblazer for female comedians over many decades

The iconic star went on to host many of her own television shows, such as 1987's 'The Late Show Starring Joan Rivers,' 'The Joan Rivers Show,' which won her a Daytime Emmy for Outstanding Talk Show Host,' and most recently E! network's 'Fashion Police.' She is also the author of twelve best-selling humour and memoir books.