Joan Rivers' rep has called a supposed final recording of the star a fake.

Judy Katz, a longtime friend and publicist for Joan Rivers, has hit out at a supposed final recording of the late commedienne, blasting it as a opportunistic fake. 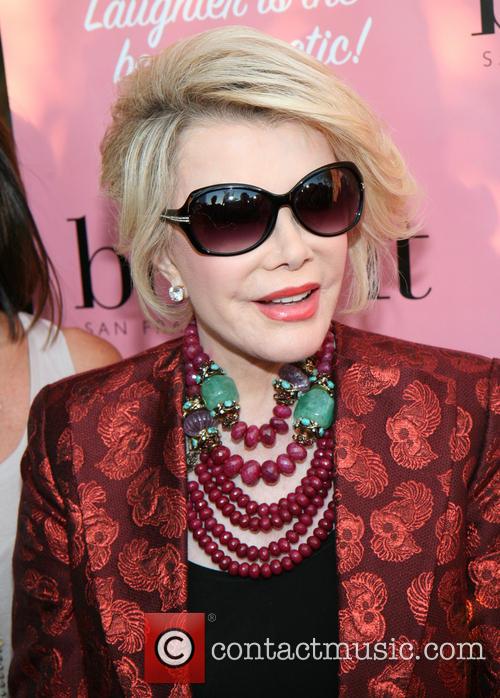 Rivers was a friend of Brad Zimmerman

The NY Daily News reports that the recording, supposedly produced to promote Brad Zimmerman's upcoming Off-Broadway show, "My Son the Waiter, a Jewish Tragedy" is a hoax. "The recording is a fraud. Joan never made any such tape," Katz told the publication. "This is a publicity stunt that was created by Brad Zimmerman and his public relations representative, Beck Lee, and is wholly disrespectful to the memory of Joan Rivers."

However, Zimmerman has maintained his innocence in the chaos, saying "I didn’t make anything up, I woke up and it was all over [the news], all I know is, Joan was supposedly going to record a commercial for my show, then she went into the hospital and never came out. I’ve been struggling my tuchus off for 30 years in this business and I’m the most honest guy in the world."

The recording that surfaced has been touted as a test run for the promotional spot, and features a voice complaining about their throat, although NY Daily News states that the voice does not sound like Rivers.

Rivers, who was 81 years old at the time of her death, passed away on September 4th after going into a cardiac arrest during a routine throat surgery. Her death came as a shock to family, friends and fans around the world as she was in good health, with projects in the pipeline including a UK tour planned for October.

More: Doctor Who Operated On Joan Rivers Steps Down From New York Clinic