The fate of E!'s fashion talk show 'Fashion Police' had been hanging in the balance in the wake of host Joan Rivers' death earlier this month, but it has now been confirmed that the show will continue. 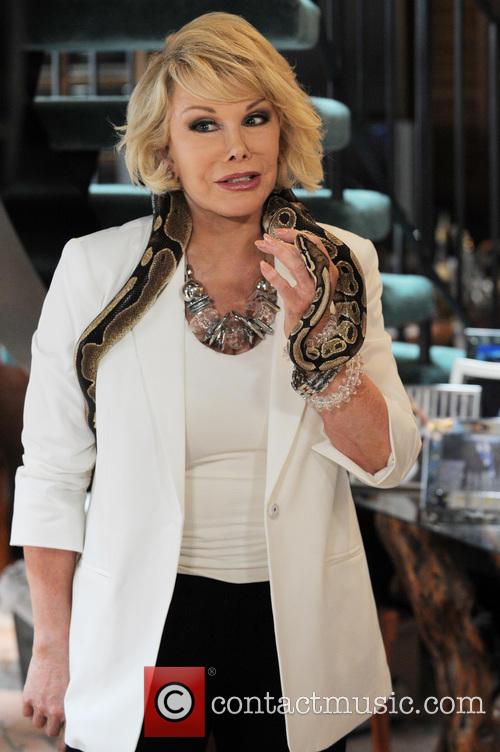 Speaking to E! in a clip from the channel's 'Fashion Police: Celebrating Joan' special broadcast, Joan's daughter Melissa Rivers (also the show's executive producer) confirmed that the show would continue with her blessing. An official statement from the channel read "We are deeply saddened by the loss of Joan Rivers and, for the last two weeks, have turned our attention to honoring her memory on all of our platforms. We have also thought long and hard about what Joan would have wanted as it pertains to the future of Fashion Police. We decided, with Melissa Rivers’ blessing, that Joan would have wanted the franchise to continue."

In the time since her death, celebrities and fans of the enduring comedian have come forward to pay their respects, even unlikely fans such as President Obama, who sent a handwritten note of his condolences to Melissa Rivers. E!'s special Fashion Police tribute to Rivers aired on Friday night, reflecting on her years hosting the hilarious but sometimes controversial show, where Rivers made headlines for comments about everyone from Adele to North West.

'Fashion Police' will return to E! in January, kicking off with coverage of the Golden Globes, one of the highlights in the television and film industries known for its star-studded red carpet and array of fashion looks, including the good, the bad, and the downright ugly. It will certainly be different without the dry wit of Rivers and no one can replace her, but it will certainly be interesting to see how E! intend to fill the gap that she has left behind.

The show has been running since 2010, and featured Giuliana Rancic, Kelly Osbourne, and George Kotsiopoulos as hosts alongside Rivers.